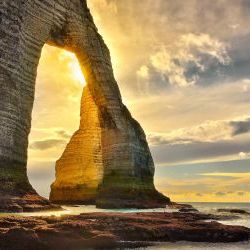 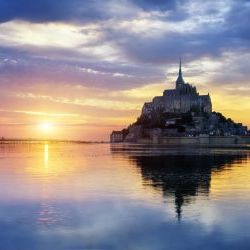 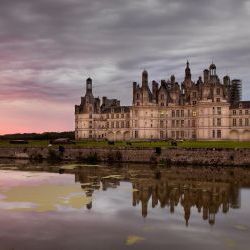 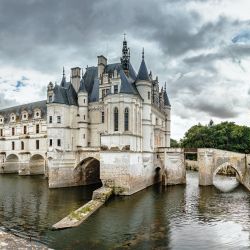 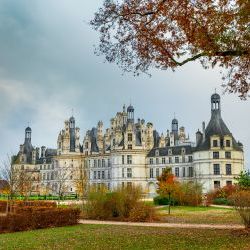 Join internationally-renowned photographer, Thierry Bornier, for this photography workshop in Normandy, with one of the world’s most unique landscapes, including the cliffs of Étretat and the majestic UNESCO World Heritage Site of Mont Saint-Michel, a gothic architectural gem.

We will also explore the Loire Valley, plotted with fertile fields, crisscrossed by rivers, and studded with hundreds of châteaux of all shapes and sizes, including the biggest castle in Europe, and the Château of Chambord, a jewel of Renaissance architecture.

Normandy's name refers to the settlement by mainly Danish and Norwegian Vikings in the territory from the 9th century. It is a region situated between the Channel and the Paris Basin and has historically been the welcoming harbor of civilizations to Paris through the Seine Valley.

Its beautiful coastal treasures include the Cliffs of Étretat with its monumental arch and surrounding cliffs, which have inspired some of the greatest artists. It's 300 km away from the bay of Mont Saint-Michel, one of the most extraordinary feats of sacred architecture.

As one of the world’s unique landscapes, Étretat has inspired many illustrious artists. A few moments on site are enough to understand why ...

The singular shape of its cliffs, whether it is the Manneporte, the Courtine or the Needle, provoke the imagination. The stunning vertical cliffs of the Côte d'Albâtre contrasts and blends with the round sweetness of the striking waves.

Whether you are on a small ship or on top of these majestic limestone edifices, you can only marvel at the splendor of such a unique landscape. Here, the legends do not all need to be written; they live by themselves in this setting, whose fame stretching back millenia has not eroded its wild beauty.

Known as the architectural gem of Normandy, Mont Saint-Michel is one of the most striking and iconic structures in the world. Perched on top of a rocky islet, it dominates the bay where Normandy and Brittany merge and can be seen for miles.

Around the Gothic-style Benedictine abbey is the town that grew up around it and both are historic gems that have remained unspoiled for centuries. In fact, the building is so extraordinary that it was one of the first sites to be acknowledged by UNESCO and became a UNESCO World Heritage Site in 1979.

The rich historical heritage (including the 10th-century abbey), marine and coastal landscapes, sheep farming, and biodiversity make this place simply exceptional and offer so many fascinating subjects for photographers. Also, with a tidal range of 14-15 meters, the tides are the largest in Europe!

We will take the time to capture the beautiful light, from sunrise to sunset, and to survey the bay to discover the best views. We will approach several photographic genres: landscapes, photos of high tides, architecture, and long exposure.

CASTLES OF THE LOIRE VALLEY

The Loire Valley’s medieval castles are here because the Loire was strategically important during the Hundred Years' War (during which France and England battled through the 14th and 15th centuries).

The fairytale châteaux of the Loire Valley were built during the Renaissance era and stretch between the cities Orléans and Angers along the Loire river or its tributaries. These impressive castles are a must visit when exploring Northern France. Nowhere else in the world is there such an ensemble of majestic monuments of wealth and history. Overwhelming would be an understatement in describing these castles.

Here is our list of the 3 beautiful Loire Valley châteaux we will capture by drone and camera during our stay. We will also take time before our sunset shoot to visit other small castles such as the Château du Clos Lucé and its Leonardo da Vinci Park, which is the place that best summarizes the scientific and artistic life of Leonardo da Vinci. There are no other places that approach his visionary spirit so well. It was at the Château du Clos Lucé, at the invitation of François I that Leonardo da Vinci lived the last 3 years of his life and reflected on the culmination of his inventions.

A masterpiece of the Renaissance, Chenonceau combines an elegance of architecture unique in the world, with the refinement of the "Ladies" who have always loved and protected it. Built on the plans of a Venetian palace, it is the Ponte Vecchio of the Loire Valley, dreamed of by Catherine de’ Medici. Its collections include a wealth of paintings by great masters, tapestries and precious furniture.

Imagine a royal palace delicately placed on a promontory above the course of the Loire, and imagine the gardens as hanging between heaven and earth ... With a 180 ° view, you will discover from the ramparts of a landscape listed as a UNESCO World Heritage Site. No wonder that Amboise was one of the most popular destinations for French kings during the Renaissance.

Sovereigns such as Charles VIII or François I and artists such as Leonardo da Vinci (buried in the chapel of the castle) were all familiar with this place.

It was on his victorious return from the Battle of Marignan in 1515 that Francis I decided to build Chambord. It wasn’t just to be a residence, but also a monumental symbol of his power inscribed in stone. Despite this, he spent only 50 days there. Listed as a UNESCO World Heritage Site in 1981, the castle has been home to many illustrious guests over the centuries. It has hosted memorable celebrations and hunting parties, including those of Louis XIV who completed the work of constructing the castle

An emblem of the French Renaissance around the world, Chambord cannot be dissociated from its natural environment, the forest. With its 5,440 hectares and 32 kilometers of surrounding walls, the Domaine national de Chambord is the largest enclosed park in Europe. Much more than a castle, Chambord is a jewel of architecture and nature, born from the dream of François I and inspired by Leonardo da Vinci.

Our tour will begin 9 am on 4 October in the lobby of the Hotel Ibis, Paris Charles de Gaulle Airport (located 700 meters from the airport), from where we will drive (3 hrs) to our destination in Normandy. Please note that to meet our schedule, we must leave Paris at 9 am. For this reason, you are advised to stay the previous night (3 Oct, 2021) at this hotel.

After checking into our hotel in Étretat, lunch and a rest, we will have a sunset photography session. We will then have dinner and an evening photo review.

We will spend the whole day exploring the region, with sunrise and sunset photography sessions at the cliffs.

In the afternoon, we will visit Les Jardins d’Étretat, a neo-futuristic garden that extends over the cliffs of the Alabaster Coast. As one of the wonders of Normandy with a view listed as a World Heritage Site by UNESCO, the garden is a playground where lush topiary, architecture and contemporary art meet in poetic dialogue.

After lunch, we will rest for 2 hours before exploring the bay and finding the perfect spot for our first sunset shoot in the region. We will also have a drone photography session in the afternoon. After dinner, we will have a photo review with Thierry.

After breakfast in the early morning, we will go to visit the island and the Gothic architecture, take our time as we capture the beautiful light, from sunrise to sunset, and survey the bay to discover the best views.

After lunch, we will return to our hotel to have some rest. In the afternoon, we will have a sunset shooting session and approach several photographic genres: landscapes, photos of high tides, architecture, and long exposure.

After our final sunrise shoot at Mont Saint-Michel and breakfast, we will drive to our next destination, the Château de Chenonceau (3.5 hrs) and check into our hotel, which is only 400 meters away from the château.

After lunch, we will have a rest for 2 hours before exploring the beautiful castle and deciding on our favorite spot for the evening “blue hour” session.

After our morning shooting session, we will have breakfast and have a rest. Before lunch, we will visit the castle.

In the afternoon, we will visit the Castle du Clos Lucé. Later we will have the sunset and blue hour shooting session to capture the Royal Château of Amboise, an architectural jewel of the Renaissance era.

After our last sunrise shooting near Chenonceau and breakfast, we will drive to our final destination, the Château de Chambord (1 hr) and check into our hotel.

After lunch, we will visit this huge castle and take position in the best spot for our sunset and blue hour shooting. Let us immerse ourselves in the history of the Renaissance and capture its gardens, architecture and landscapes. We will also have the opportunity to have a drone photography session after the castle closes.

In the early morning, we will have our last sunrise shoot at the Château de Cheverny (9 km away from our hotel), a château that appears untouched since the Renaissance. The architecture was the inspiration for Marlinspike Hall in the series of comic albums, ‘The Adventures of Tintin’.

After breakfast, we will drive back to CDG Airport in Paris (arriving around 3:30pm) and say our goodbyes. 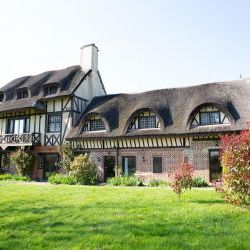 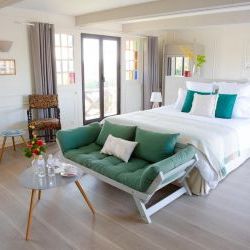 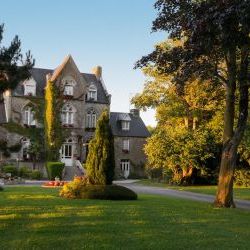 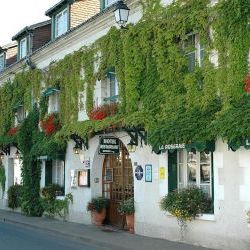 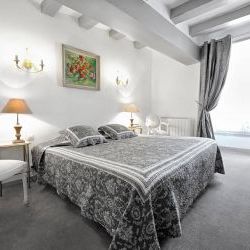 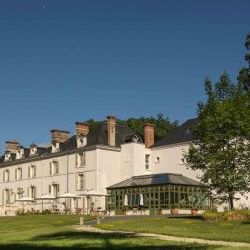 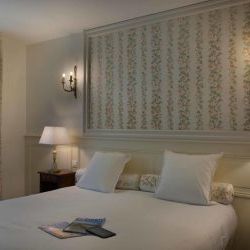